Materials used for the project was Arduino.

Diagram of How it Works! 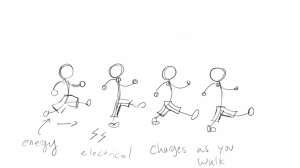 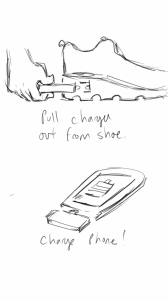 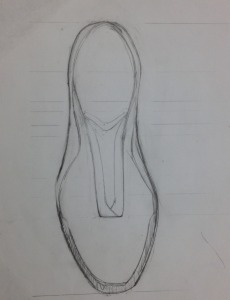 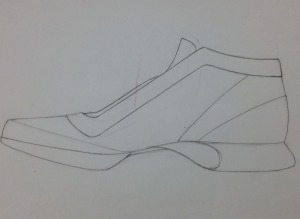 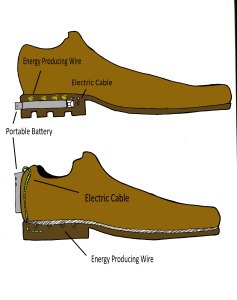 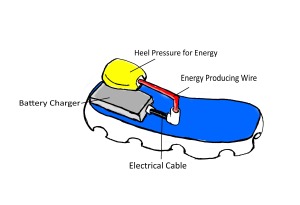 The heel of the foot will push down pressure for energy which will convert into electrical energy and charge the battery in the shoe.

In the end, we were able to make a prototype that works that can turn thermal energy into electrical energy to charge a portable charger. With this, we continue to move forward with this idea and have it built in a shoe for further testing.

We plan to continue on working on the concept of the idea to charge a portable charger through thermal or kinetic energy but in different ways besides walking.