After the crying dress, we decided we still wanted to experiment with liquid and fluidics working in a garment. We researched the “glow-in-the-dark beach” in the Maldives. 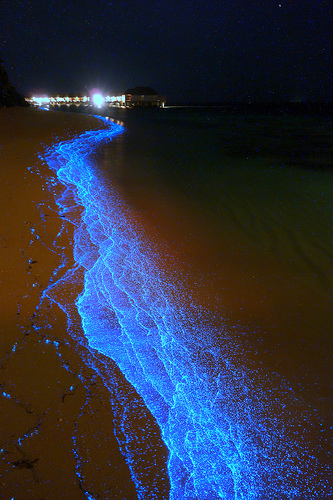 These glow-in-the-dark beaches are caused by bioluminescent phytoplankton. Bioluminescence occurs widely in marine vertebrates and invertebrates, as well as in some fungi, microorganisms including some bioluminescent bacteria and terrestrial invertebrates such as fireflies. Communication (quorum sensing) plays a role in the regulation of luminesence in many species of bacteria. Using small extracellularly secreted molecules, they turn on genes for light production only at high cell densities. While most marine bioluminescence is green to blue, the Black Dragonfish produces a red glow. This adaptation allows the fish to see red-pigmented prey, which are normally invisible in the deep ocean environment where red light has been filtered out by the water column. 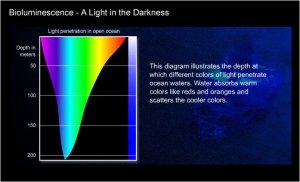 The bioluminescent phytoplankton react to any type of stress or change in tension, emitting light from their cells anytime something breaks the water: a wave, a kayak or even your hand. They’re calling it, informally, the “firefly effect.” 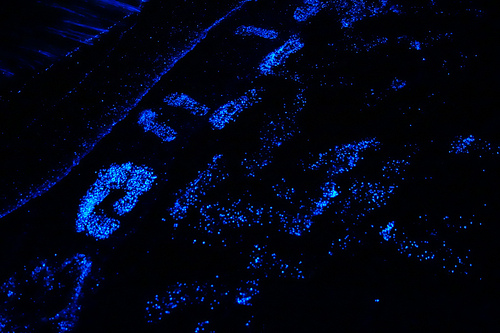 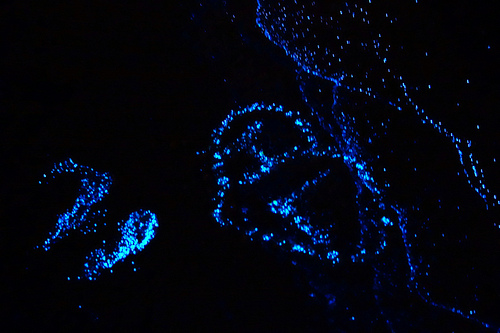 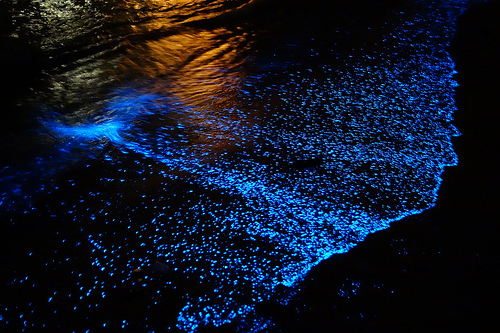 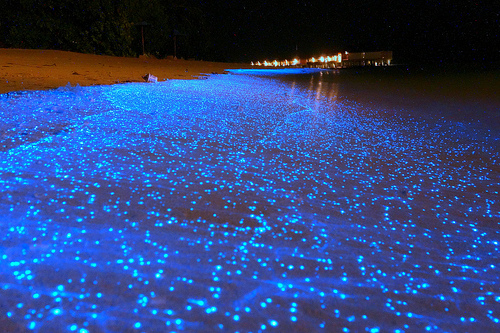 We want to create a garment that mimics the bioluminescent effect of the phytoplankton in the water. Since the phytoplankton illuminate as a reaction to stress or tension, we want to use those as triggers for the garment. The dress will mimic their actions and act as a therapeutic calming sensation to their high stress or tension. We want to the dress to perspire glowing liquid in a similar manner to sweating, as one does when they are stressed. The dress will “sweat” fluorescent water  out of the fabric’s pores but drip in an aesthetically pleasing and beautiful way.